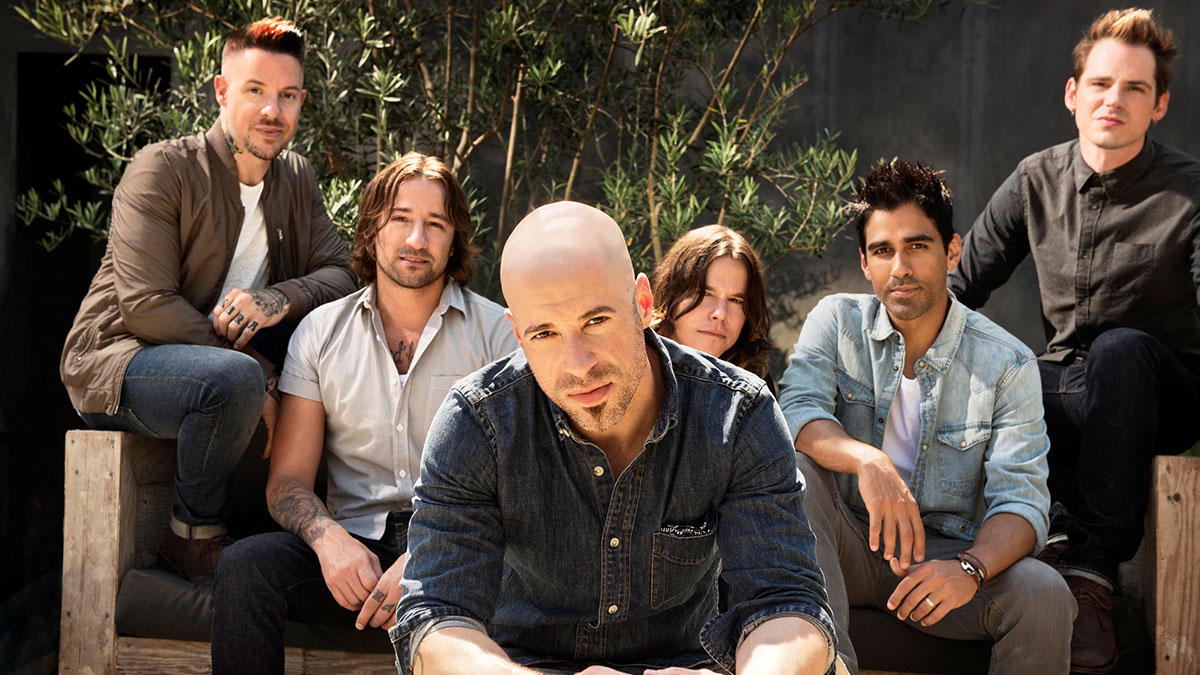 Big Concerts confirmed today that Daughtry will be returning to South Africa performing in Cape Town on 25th October 2018 at Grand Arena, GrandWest and 27th October 2018 in Pretoria at the Sun Arena at Time Square in support of their brand new album ‘Cage to Rattle’. Daughtry will be supported by very special guest Jesse Clegg.

Tickets go on sale Thursday 14 June 2018 at 9am. Go to www.bigconcerts.co.za for all the information.  Discovery Card holders get an exclusive 48-hour pre-sale from Tuesday 12 June 2018. Go to www.discovery.co.za for more information.

As the frontman for the band bearing his name, Daughtry has become one of the most visible and consistent rock & roll torchbearers of the 21st Century. Since rising to prominence on the fifth season of American Idol, he has released four albums, all of which reached the Billboard Top Ten and have combined sales of over 8 million copies in the U.S.

Daughtry’s self-titled debut was the best-selling album of 2007, which contained four Top Twenty hit singles including the Grammy-nominated smash “It’s Not Over.” Leave This Town also reached Number One in 2009, while 2011’s Break the Spell was certified gold. His group’s most recent record, 2013’s Baptized, featured the platinum-selling “Waiting for Superman,” which the singer points to as a turning point in his songwriting.

“It was a nice hybrid of where we had been and where we’re going, and it opened my eyes a bit,” says Daughtry. “Everything was so serious and doom and gloom, and ‘You broke my heart,’ but we never saw ourselves as those people outside the music—onstage we were always joking around. That helped me wrap my head around the fact that we can be light-hearted and still be us. And that really changed the way I approach the songs in general.”

One thing that has kept the fire burning for Daughtry has been the need to constantly challenge himself creatively. He has collaborated with artists from Timbaland to Vince Gill to Carlos Santana and took on the role of Judas Iscariot in the 2016 live television performance of The Passion, and even fulfilled a lifelong dream by drawing the cover of a Batman comic which was rated one of the top 25 covers of the year by BatmanNews.com.

Daughtry and his band have been performing together for over a decade. As the band continues work on its fifth album (which Daughtry describes in its early stages as having a “bluesy, almost rootsy undertone to it”), they look to contemporaries like Maroon 5 and Train as examples of acts able to maintain their relevance while rock & roll faces an uphill struggle in the mass media. “Those guys are inspirational, showing that you can come back and have a strong presence, even if what you’re known for doing is having a hard time,” he says.

Ten years after launching with a massive splash, Chris Daughtry claims that he and the band have grown the most on stage, and that it’s altered his whole sense of his work. “When we first came out, I’d only known what I’d seen,” he says. “I didn’t know how to be vulnerable, with no pretence. Now it’s walk onstage and, especially in our acoustic shows, just be flat-out honest and open. It’s really helped me realize that’s actually what fans want—they want 100 percent honesty and feeling like they got to know you better.”

“Grammy-nominated and multi-platinum selling band Daughtry have also released a  new single “Deep End”. The anthemic first single will be featured on the band’s forthcoming 5th studio album Cage To Rattle, which is set for release on July 27th via 19 Recordings/RCA Records and is available for pre-order now.”

Listen to “Deep End” Below:

Daughtry will be supported by special guest Jesse Clegg. Jesse has been nominated for four South African Music Awards, has released six Top 10 singles as well as 3 albums ‘When I Wake Up’, ‘Life on Mars’ (produced by David Bottrill) and ‘Things Unseen’.