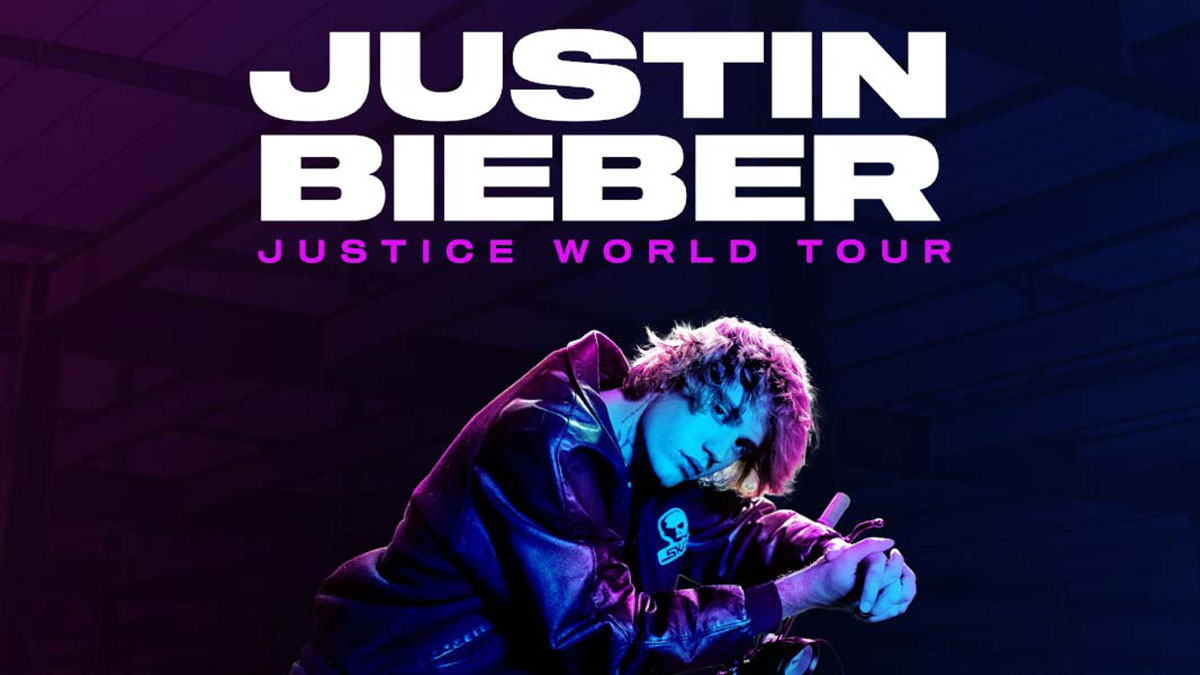 EXTRA DATES KICKING OFF MAY 22, 2022 IN MONTERREY, MEXICO

Taking place from May 2022 through to March 2023, Bieber will tour five continents, traveling to over 20 countries and playing more than 90 dates, with more shows to be announced in Asia and the Middle East very soon.

The new dates come on the heels of his recently announced 52-date 2022 North American tour, kicking off in San Diego on February 18. Each evening promises to be a celebration for both Justin and his fans, who have been looking forward to these new shows since the pandemic sidelined the previously announced 2020 dates.  The international shows start in May 2022 in Mexico and will then continue on to Scandinavia for festival shows in August; South America, South Africa, and the Middle East in September & October, and then over to Australia and New Zealand in November & December before moving to the UK and Europe in early 2023.

The ‘Justice World Tour,’ promoted by AEG Presents, is Justin’s first global outing since 2016/2017’s ‘Purpose World Tour’.  Described by The Times of London as “mesmerising”, Bieber played to 2.7 million fans over the course of his 2016-2017 run, with the finale seen by 65,000 fans at London’s British Summer Time Hyde Park festival.

On New Year’s Eve 2020, Justin live-streamed his first full performance in 3 years from Los Angeles, electrifying and reconnecting with fans around the world.

“We’ve been working hard to create the best show we’ve ever done, and we can’t wait to share it with fans around the world. I’ll see you soon,” said Bieber.

The ‘Justice World Tour’ is named after Justin’s latest smash hit album ‘Justice’.  Released in March 2021, it debuted as the most-streamed album in 117 countries.  The album and its tracks have taken the already global pop phenomenon to new heights.

‘Justice’ has amassed nearly 9 billion streams worldwide, arriving on the back of huge international hits ‘Anyone’, ‘Lonely’ and ‘Holy’, which had already gathered 2 billion streams prior to the album’s release.  Another breakout smash hit from the album immediately followed, with ‘Peaches’ racking up over 2.5 billion streams so far. The Kid LAROI duet ‘Stay’, was released in July this year and became the fastest song ever to hit 1 billion streams on Spotify.

In an unprecedented career that started when he was 13 years old, Bieber has released 6 studio albums and holds 32 Guinness World Records, 21 Billboard Music Awards, 2 BRIT Awards, 18 American Music Awards and 21 MTV Europe Music Awards. He has sold over 80 million albums and last year broke Elvis Presley’s record as the youngest solo artist to have 8 albums reach Number 1 on the Billboard 200 charts.  In August, he broke the all-time record for monthly listeners on Spotify with over 83 million.

Recently named Artist Of The Year at the MTV Video Music Awards and nominated for a field-leading 8 MTV EMA Awards, Bieber remains the Number 1 artist on both YouTube and Spotify worldwide, cementing his place as one of the biggest pop stars of the 21st century.

A limited number of exclusive VIP Packages are also available. These exceptional offers can include an amazing selection of reserved seated tickets, custom merchandise, and much more.

As part of the Justin Bieber World Tour, fans can enter for a chance to win an instant upgrade to VIP seating or a trip to meet Justin by taking action on Propeller to transform the criminal justice system with REFORM Alliance, fight climate change with NRDC, and support other important causes. The more actions a fan completes, the more they increase their chances of winning. Together, we can create tangible change.

Combining the power of the live event with a focus on true artist development, AEG Presents is a world leader in the music and entertainment industries. Operating across four continents, the company has an unparalleled commitment to artistry, creativity, and community. Its tentpole festivals and multi-day music events — which include the iconic Coachella Valley Music & Arts Festival and the legendary New Orleans Jazz & Heritage Festival alongside British Summer Time at Hyde Park, Stagecoach, Hangout Festival, Electric Forest, and Firefly — continue to set the bar for the live music experience. AEG Presents promotes global tours for artists such as The Rolling Stones, Elton John, Taylor Swift, Celine Dion, Justin Bieber, Kenny Chesney, Paul McCartney, and Katy Perry, in addition to — through its network of clubs, theatres, arenas, stadiums and renowned partner brands such as Goldenvoice, Messina Touring Group, Concerts West, The Bowery Presents, PromoWest Productions, Marshall Arts, Madison House Presents, and Zero Mile Presents — creating and developing an unmatched infrastructure for artist development and audience reach. More information can be found at www.aegpresents.com. 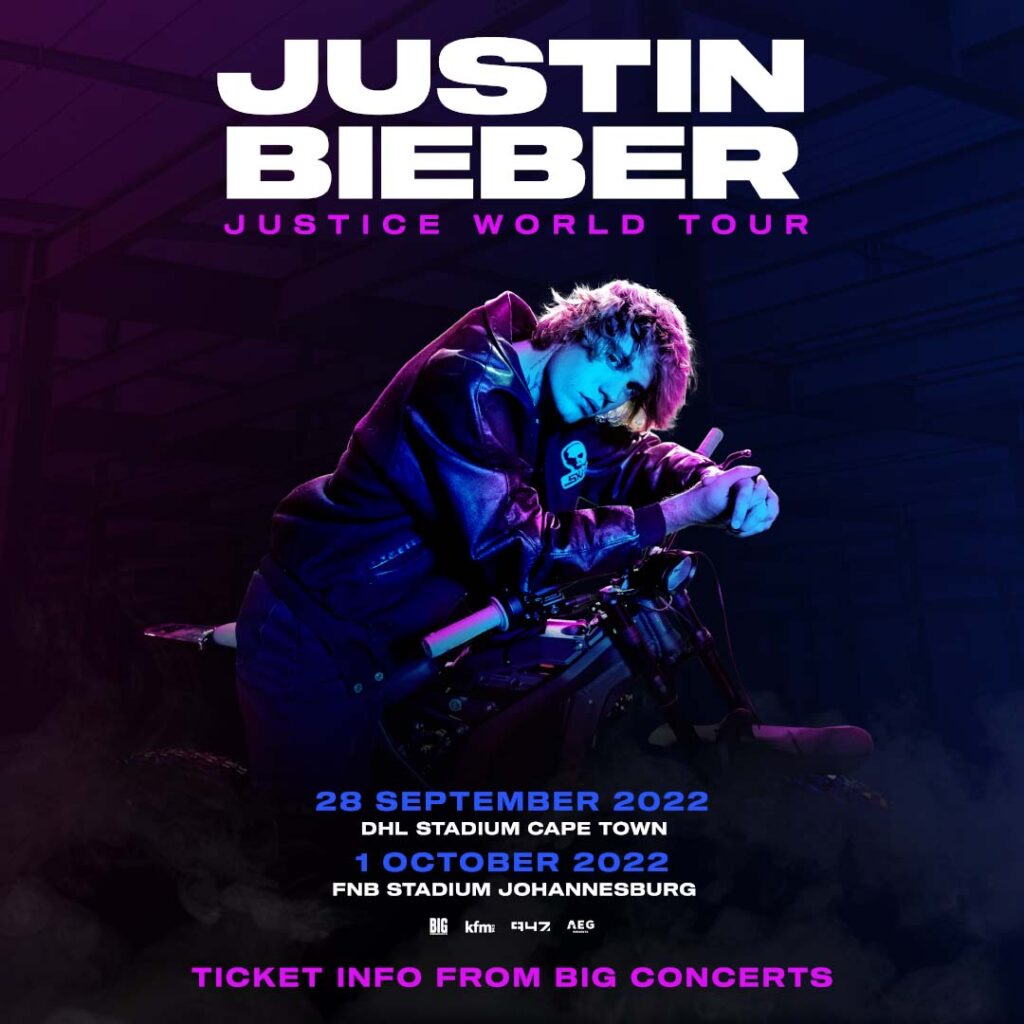