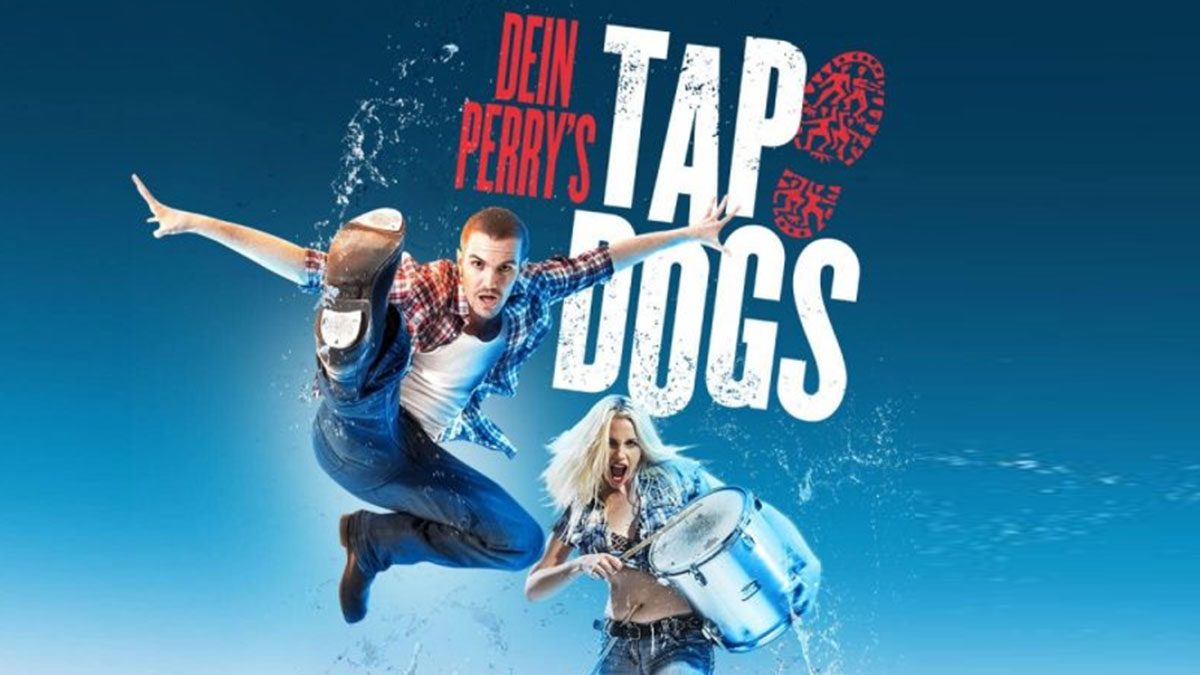 Extra Weekend Dates Added to Johannesburg due to Exceptional Demand

South Africa, 23rd August 2018: Australia’s most successful theatrical export, Dein Perry’s TAP DOGS, has started its limited run in South Africa with rave reviews. Due to exceptional demand, additional weekend dates have been added to Johannesburg on 14, 15 and 16 September at Montecasino.

Tickets available from www.bigconcerts.co.za and Computicket

The global dance sensation has appeared in over 330 cities, and 37 countries, and 12 million people have now been dazzled by the energy and imagination of these unique performers.

Dein Perry’s TAP DOGS continues to take the world by storm and is set to tap, beat and dance its way through 2018 and 2019.  Now it’s South Africa’s turn to experience the award-winning show that has been described as “Part theatre, part dance, part rock concert, and part construction site!”  BBC UK.

Dein Perry’s TAP DOGS features high-energy dance, theatrical performance and live music performed by a cast of six dancers and two musicians who will bring the steelworks to life in a fast-paced, unstoppable spectacular that is the perfect show for anyone from 8-80.

The winner of over 15 international awards including an Olivier Award (UK), an Obie Award (New York) and a Pegasus Award (Spoleto Festival in Italy), Dein Perry’s TAP DOGS is a 75-minute show combining the strength and power of workmen with the precision and talent of tap dancing.  Whether they are in water, upside-down or jumping through scaffolding, the “Tap Dogs” have been performing to the beat of their own drum since their world premiere at the Sydney Theatre Festival in January 1995.  Success quickly followed with seasons in London, New York, Tokyo, Paris, Berlin and many other cities.  A worldwide television audience of over 3.4 billion saw 1,000 Tap Dogs performing in the Opening Ceremony of the 2000 Sydney Olympics.

“Kill To Get A Ticket” The Scotsman

“The Hottest Show on Legs” London Time Out

Broadway Entertainment Group is the world’s first-ever theatrical distribution company to consolidate an international circuit and bring top-quality entertainment into the markets of the Middle East, Russia, South and Central Asia, and Latin America. Chief Executive Officer Liz Koops has produced shows internationally for over 20 years and toured productions in 37 countries.

Broadway Entertainment Group is currently touring The Illusionists in Russia, Sister Act the Musical in Asia, Shaolin Warriors – Kung Fu Masters in Dubai and has forthcoming tours planned for Kinky Boots the Musical.

Big Concerts, founded in 1989 by Executive Chairman Attie Van Wyk (recently named Business Leader of the Year by the Cape Town Chamber of Commerce and Die Burger) has produced more than 2 000 shows with over 300 international. Big Concerts conducts business in the promotion of live entertainment events, merchandising, sponsorships, corporate- and private events, concessions and hospitality. The company is the only African promoter to feature on the Pollstar list of Top 100 promoters and has on numerous occasions been voted the top live entertainment company in South Africa. Big Concerts has been involved in almost every significant international live event promoted in South Africa during the last two decades and has promoted numerous major international artists in arenas and stadiums. http://www.bigconcerts.co.za/