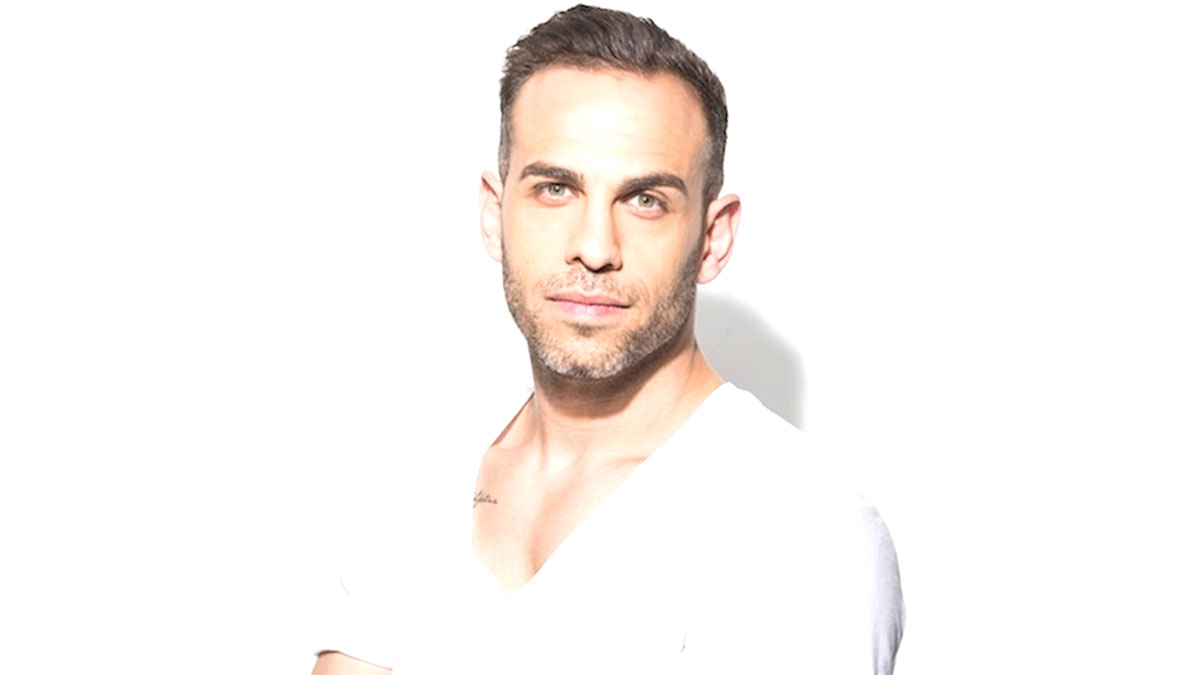 The Publicity Workshop is delighted to announce that South African singer-songwriter Elan Lea is featured on the world-famous DJ Tiesto Album, “A Town Called Paradise” with his song “Calling On Angels” which he co-wrote with Andrew Murray (not the tennis player) in the UK in 2012. Not only is Elan the co-writer of the song he is a featured artist on the album too. “A Town Called Paradise” was launched globally yesterday!

In Elan’s words, “ I wrote, “Calling On Angels” with my friend and songwriting partner in the UK – Andrew Murray. At the time I had been making regular writing and recording trips to the UK, and one trip, in particular, was pretty special, It was December 2012. We have always written great songs together but this particular trip we penned “Calling On Angels”. I sent “Calling On Angels” to a long-time friend who works pretty closely with Tiesto – don’t be mistaken – even long-time friends can take their time to get things done! It took over a year and a half for that call to come. He said, Tiesto has heard your song and wants to know if he can have a crack at remixing it. I can’t repeat my exact words because you’ll need to bleep too many words out, but let’s just say’ that what I said meant “yes absolutely by all means, and how can I help”…

“Calling On Angels” was originally recorded with Elan’s producer and friend Mark Crew. Mark is best known through his magic work producing global sensation “Bastille”. Soon after recording the track, Elan moved to Los Angeles and met up with the legendary “Muarizio Irko Sera who agreed to add his magic to the mix”. It was then that the track was picked up by TIESTO. French house producer Fred Falcke who works closely with TIESTO worked on the track to move it closer to the trademark TIESTO EDM sound.

So what is “Calling On Angels” about:

“ I was in that life space where I was wondering what I was actually doing on this planet! It was freezing in the UK and Andy and I had been chatting about life in the grander schemes. When we went into the little studio room adjacent to the kitchen Andy sat at the keys and played something, I mumbled something about needing intervention of the Angels – and that started the journey of “Calling On Angels”.It is a song that tells the story of having given everything you have inside, and offering it all to the universe in pursuit of your dreams you have to wait – and then “ calling on angels as you let go to whatever the outcomes shall be”. “Looking up into the sky, the stars constellate a face – well could you tell me my fate- on bended knee for you I wait”.

Elan concludes, “ I am really happy to be on this new Tiesto album. I think it’s the highest level collaboration anyone can be at in the world right now.”

It’s a cracker of an album. you definitely want to get this one.

A singer, songwriter, performer, and thinker, Elan Lea, has been all over the world thus far in his bright career, including his native South Africa through the U.K. and U.S.A.

Since bursting onto the music scene at only 17 with his first hit single Elan has become a multi-genre-capable writer and solo artist with a sound of his own blending a powerful mix of pop, rock, and soul. Recording many songs and albums over the last 13 years with independent labels, major labels, and even his own label called Mutha Deer Records – named for his mom who he calls his rock saying that she is the force behind it all. “The unflinching dedication and support far and beyond the call of duty is what I get from my mom.” Elan says “It’s simple, she’s an angel and I’m just very lucky and blessed to have her”.

Elan has worked with highly successful people along the road. The highlight was when Elan met and collaborated on a song he sings with the late legendary Bee Gee, Robin Gibb. “I stayed in his home with his family, he taught me more than I could ever have asked for. Robin is my music mentor, and it will always be him I thank for truly showing me the depth of my potential” Elan says that there aren’t too many people out there who had the privilege of singing and writing a duet with him. “It’s an honour I will cherish forever and I hope one day to release our recording to the world.”

13 years in anything is a long time, particularly in the music business. Elan has worked with names big and small but explains that it is the people who make the biggest impact in your life that you will remember the longest, explaining that this is unfortunately not always a good thing. Luckily for Elan he has people in his life he considers his music family, without whom he says he would not be where he is today. “I always make special mention of one guy in particular – Mark Crew (Bastille), he is a very close friend and coached me through more of my journey than anyone will probably ever understand – ”. Also names like songwriting partner Andrew Murray, Dean Gillard & Matt ward (Patrolla). As well as renowned songwriters like Guy Chambers and Diane Warren have featured in Elan’s career.

Performances billed along with the likes of Craig David, countless TV shows, radio plays, interviews, radio chart positions, press clippings, endless hours in rehearsal, studio, and writing all make part of the artist and writer that Elan Lea is today. Touring the U.S. radio scene in 2012 was great fun and a major learning curve for Elan, entering U.S national charts for the first time. “I’ve toured the U.K and S.A radio scenes extensively in previous years, but the U.S.A is on a different level, it’s so vast and the potential to succeed is simply massive but of course, it comes with major challenges and obstacles for anyone crazy enough to take this journey”

When asked what he loves most about what he does? “I love writing songs from my heart, my lyrics are my tears and my joys expressed in words. You see, I love what words can do for people, then to have them sung back at me while I’m performing is a feeling of satisfaction, encouragement, motivation, and fulfillment all wrapped up into one incredible moment.”

Elan is also a martial artist, dedicating himself to the practice of Kung Fu and MMA. In his eyes, the continued study of martial arts creates discipline, confidence, and awareness for life but most of all it is a never-failing reminder that there is always room for improvement and you should never judge a book by its cover, meaning, always treat people with respect. Always.

Tiësto born Tijs Michiel Verwest on January 17, 1969) is a Dutch DJ and record producer of electronic dance music. Although he has used many aliases in the past, he is best known for his work as DJ Tiësto. On his latest productions, however, he has dropped the “DJ” label and is now known simply as “Tiësto”, an alias that is an Italian twist of his childhood nickname.

In 1997 he founded the label Black Hole Recordings with Arny Bink, where he released the famous Magik and In Search of Sunrise CD series. In 1999 and 2000 he collaborated with Ferry Corsten to create Gouryella. In 2001 he released his first solo album In My Memory which gave him several major hits that launched his career as well as his remix of Delerium’s “Silence” featuring Sarah McLachlan which exposed him to more mainstream audiences. As his popularity rose in the early 2000s he became the first DJ to perform to a large crowd without any other DJs or opening acts. He was crowned the “World’s No.1 DJ” 3 consecutive times by DJ Magazine from 2002 through 2004.

Just after releasing his second studio album Just Be in 2004, at the Summer Olympics he performed live at the opening ceremony in Athens, Greece becoming the first DJ to play live on stage at an Olympics Games. Tracks he made especially for the Olympics were mixed together and released as the mix compilation Parade of the Athletes later that year. He was appointed Officer of the Order of Orange-Nassau in 2004 by Queen Beatrix. He was chosen as the official ambassador for the Dance4Life foundation in May 2006 and released the song “Dance4Life” with Maxi Jazz to help spread the awareness of HIV/AIDS. In April 2007 Tiësto launched both his radio show Tiësto’s Club Life on Radio 538 in the Netherlands and released his third studio album titled Elements of Life. The album reached number one on the Dutch album chart as well on “Billboard Top Electronic Albums” in the U.S. and received a nomination for a Grammy Award in 2008.