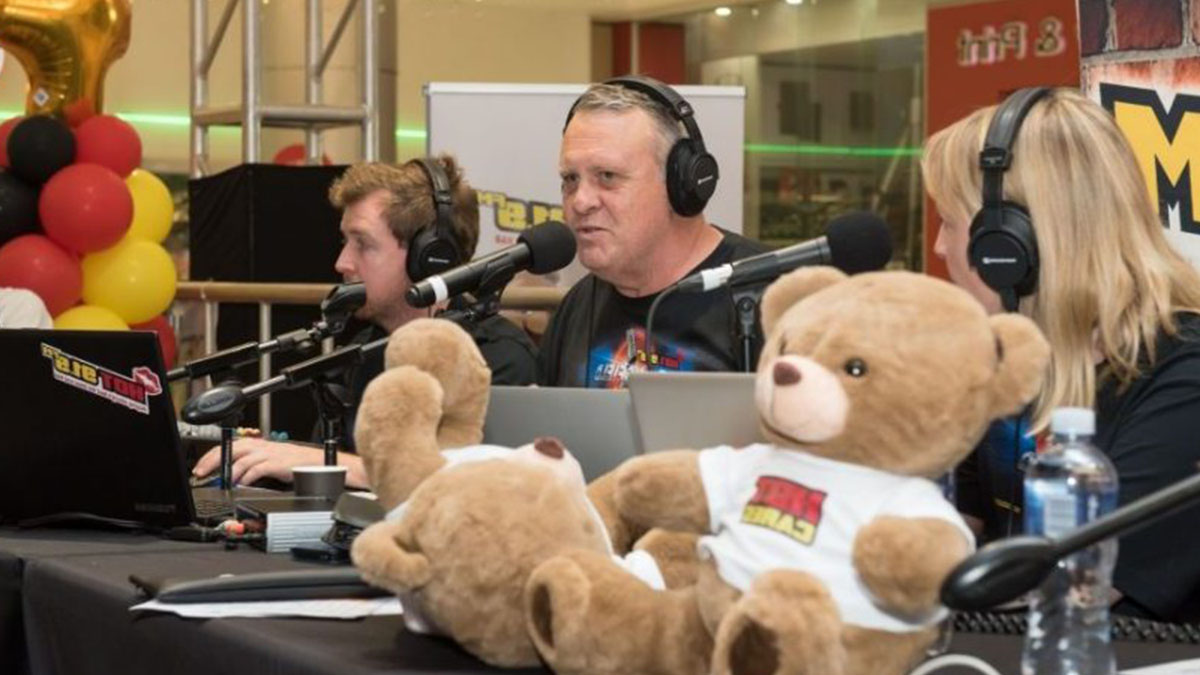 The Hottest Year on Record

21 January 2019 – In the four years since Hot 91.9fm switched on the microphone and lit up the airwaves, the station has reached many milestones, however none more so than in 2018.

In a wide-ranging interview, station founder and Managing Director, Lloyd Madurai, enthused over Hot 91.9’s achievements in the year that was. “It was a great year for the station starting with the prestigious “Station of the Year” gong at the annual Liberty Radio Awards, for the second consecutive year. It didn’t stop there as Hot 91.9 FM scooped the “Small Business of the Year” and the “Small Business Champion” awards, no mean feat considering that there are 180.000 small businesses in the country”. In keeping with his modest self, Lloyd underplayed his induction into the “Radio Hall of Fame”, the youngest recipient ever to receive this accolade. Instead, he cited the tremendous support from the station staff and listeners alike that made this recognition possible.

With community outreach and involvement at the core of its business philosophy, Hot 91.9fm launched its “Touching 100 Lives” campaign in July to celebrate Nelson Mandela`s centenary. “We asked ourselves the question – what would Madiba have done?  We believed he would have wanted to make a tangible difference in people`s lives so we tailored our campaign to echo that sentiment “. During that month Hot 91.9fm fulfilled 100 community wishes ranging from small projects like effecting car repairs for needy persons & organisations to assisting small entrepreneurs to grow their business, including that of a polio survivor who handmakes toys for children. “We feel particularly proud of this initiative which underscores our commitment to sustainability in everything that we do”.

In November 2018 Hot 91.9fm launched their new breakfast show, `Mansfield in the Morning` with host Jeremy Mansfield. A long-time industry veteran Jeremy had been off the radio for 9 years but joined the station as he shares Hot 91.9FM`s core belief to make a difference in the community. Popular and colourful, his no-holds-barred approach to “Joburg`s Hottest Breakfast Show” is sheer entertainment.

The station’s annual Teddy-thon at Sandton City was spectacularly successful: In 2017 the amount raised was just over R1 million for community and poverty relief programs. In 2018 the station raised the bar to R1.5 million but instead raised a staggering R2.1 million illustrating not only their commitment to community upliftment but also the tremendous support of listeners who flocked to the venue and flooded the phone lines with monetary pledges. Lloyd feels that the listeners believe in the Hot 91.9fm brand and wholly support where they are going with their community campaigns. The money raised also enables ongoing funding for Hot Cares for the next two years. Hot Cares is our sustainable campaign that among other projects funds a creche in the Kya Sands informal settlement and supplies soup kitchen meals to hundreds of needy people in Randburg on a weekly basis.

The “Mansfield in the Morning” team wrapped up 2018 with The Christmas Wish, a project close to Jeremy Mansfield. Jeremy is a larger-than-life personality who is strongly associated with charitable causes and personifies the meaning of philanthropy.  With Hot 91.9 providing a solid, sustainable platform with a track record of community involvement, the Hot 91.9fm Christmas Wish is a perfect fit for the station.

Like everything the station undertakes, The Hot 91.9FM Christmas Wish is a reminder to listeners and all South Africans that, in the words of Nelson Mandela, “What counts in life is not the mere fact that we have lived. It is what difference we have made to the lives of others that will determine the significance of the life we lead.”

The Hot 91.9fm brand is set to expand in 2019, targeting both range and frequency terrestrially, however, their growth online has been nothing short of phenomenal.

For more information on Hot 91.9FM go to: