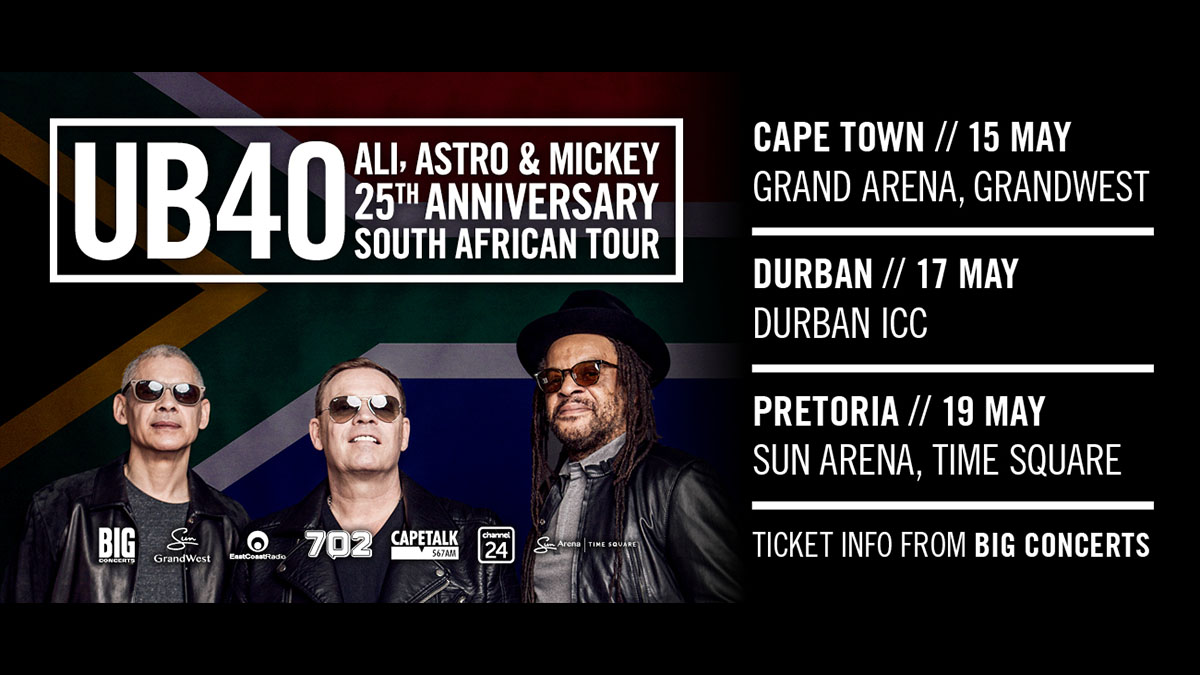 Big Concerts has confirmed today that UB40 will be returning in support of their 25th SA anniversary tour. They will be performing in Cape Town on 15th May 2018 at the Grand Arena, GrandWest, Durban on 17th May at the Durban ICC and Pretoria on 19th May at the Sun Arena, Time Square.

The Trio Ali Campbell, Astro, and Mickey Virtue have upheld the status as Britain’s most successful Reggae band of all time, a true music pioneer since 1979, and have been at the top of their game since reforming in 2013 developing into a formidable touring outfit. Performing their all-time classic hits ‘Red Red Wine’, Kingston and Can’t help falling in Love’.  They have released a critically acclaimed top 10 album in 2014, Silhouette, and have plans to release a new studio album later this year.

Their world tours have included visits to North and South America, Nigeria, Dubai, Europe, and Papua New Guinea. They are currently in the middle of a sell-out North America and Canada tour and next year will see them return to the States, play Australia and visit the vineyards of New Zealand. Earlier this year, they performed songs from the first two Labour Of Love albums on a sell-out arena tour that included shows at London’s O2 Arena, the Manchester Apollo, and the Barclaycard Arena in their native Birmingham.

‘We’ve had an outstanding three years on the road,’ says Ali. ‘In America, we’re playing huge venues that we last visited twenty years ago, and I can’t wait to play arenas in the UK again. For me, it’s all about promoting reggae. At the end of the day, fans don’t care about what goes on behind the scenes. They only care about the music, and that’s what we’re giving them. We’re having a great time and we’re doing it in style.