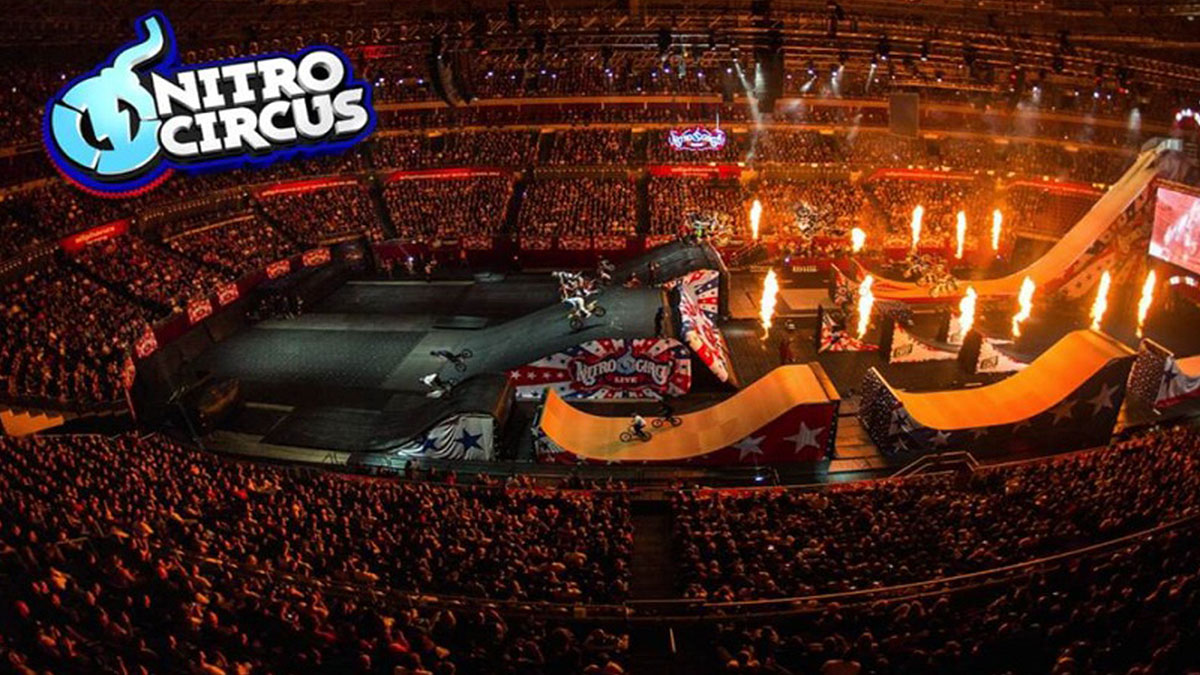 Nitro Circus Live will return to South Africa this summer, with the high-adrenaline tour kicking off in Cape Town on Saturday, 21 October. The global action sports phenomenon will bring an all-new show with them, filled with unbelievable world firsts, spectacular tricks and mind-blowing stunts. Adding even more to the excitement, action sports icon Travis Pastrana, who wasn’t able to take part in the 2014 trek, will join this summer’s tour, and will ride in South Africa for the first time. A full list of 2017 dates is below.

Tickets for Nitro Circus Live’s 2017 South African tour are on sale now.  Get tickets at bigconcerts.co.za. Discovery Card holders get an exclusive 48 hour presale starting Wednesday 10th May at 9am. Go to www.discovery.co.za for more info

“We are so pumped to come back to South Africa. The shows in 2014 were unreal, the fans were incredible,” said Mike Porra, Nitro Circus Executive Chairman and Global Head of Creative. “Now to have an opportunity to come back with Travis riding and with an all-new show, this tour is going to be epic.”

“I am so excited to finally have the chance to go to South Africa and ride for our fans there,” said Pastrana. “I was so disappointed that my broken leg sidelined me last time. I kept hearing how awesome the shows were and that the crowd energy was off the charts. It’s where some of our all-time greatest moments happened and I can’t wait to be there this summer!”

Nitro Circus Live showcases an all-star international lineup featuring multiple X Games medalists. It is loaded with the best riders in action sports’ biggest disciplines, including freestyle motocross (FMX), BMX, scooter, and inline. Nitro Circus Live’s daredevils will also ride a host of outrageous new contraptions off the famous Giganta Ramp, such as tricycles, a wheeled recliner, and more. With an exciting set geared for an outdoor stadium experience, Nitro Circus Live is a spectacular and entertaining event that is fun for fans of all ages.

Fans looking for the ultimate Nitro Circus experience will want to get their hands on the Nitro Club VIP package at just R1500, these passes include the best seats in the house, a sneak peak at rider rehearsal, plus a chance to see a different side of the Nitro Circus athletes during a pre-show Q & A session. Nitro Club pass holders will also receive a souvenir lanyard and an electronically signed Nitro Circus poster, as well as a chance to win cool Nitro Circus swag.

In February 2014, Nitro Circus Live both made its South African debut and headlines around the world with three massive shows. After a huge opening night in Capetown, the late Erik Roner (world-renowned BASE jumper, champion snowsports athlete and global action sports star) made the most jaw-dropping entrance imaginable in Durban: backflipping from the top of Moses Mabhida Stadium to a thunderous ovation from the capacity crowd. Then in Johannesburg’s FNB Stadium, Nitro Circus Live played to more than 35,000 fans, its biggest single show to date.

A full list of 2017 South Africa tour dates is below:

Nitro Circus, the world’s biggest action sports entertainment brand, creates electrifying live events and unbelievable original content that at once exhilarates, captivates, and inspires thrill-seeking fans worldwide.  Co-founded by global superstar Travis Pastrana in 2003, Nitro Circus has since grown into a multiplatform phenomenon producing hit television shows, critically acclaimed documentaries, and innovative digital offerings. That success gave rise to the Nitro Circus Live tour, which since 2010 has traveled the globe, playing to sold-out stadiums on five continents. Taking Travis’ passion for progression to the next level, Nitro World Games introduced breakthrough innovations on its 2016 debut, completely rebooting action sports competition in the process. With over three million tickets sold to date, television programming that has aired in over 60 countries, more than 20 million engaged fans across its social media platforms, and a burgeoning consumer products business, Nitro Circus is at the forefront of action sports and entertainment. For more information visit www.nitrocircus.com.